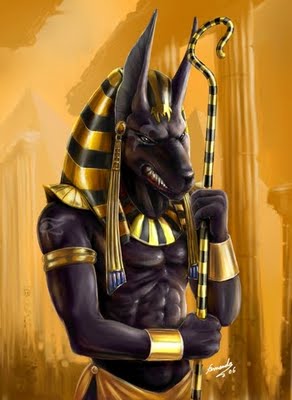 The latest row over Israeli settlements in Palestinian territory 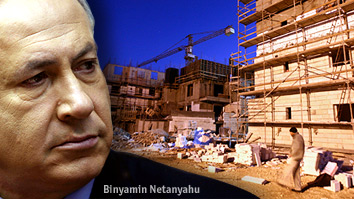 BINYAMIN NETANYAHU, Israel’s prime minister, came under pressure this week when news leaked of a new plan to build 900 homes in the occupied Jerusalem suburb of Gilo. His aides say that he knew nothing about the scheme before a local planning committee considered it.

True or not, the latest settlement expansion is exasperating for those who have been involved, for several months, in negotiations between the United States and Israel. Mr Netanyahu’s colleagues are bristling that previous efforts to prevent new building will now be forgotten. George Mitchell, America’s special envoy to the region, has been in talks with Mr Netanyahu over settlement building and the need to find ways to assuage Palestinian resentment of it (or even to find ways to freeze or stop it). These, so far, have proved fruitless, although Mr Netanyahu did meet Barack Obama in the White House two weeks ago for what he had hoped would be a tension-easing conversation.

His aides also suggest that Mr Netanyahu could not intervene to shelve the building plan in Gilo. Even if he had been prepared to take the inevitable flak from the political right (which he probably was not), it would have been improper, perhaps even legally untenable, they claim, for a prime minister to barge into a bureaucratic planning process.

The initial stage of the plan was duly approved by the Jerusalem planning committee. As a result, the crisis has flared up anew, replete with a stern public reprimand from Mr Obama, condemnations from governments around the world and renewed warnings from the Palestinians that their president, Mahmoud Abbas, would at last throw in the towel.

Mr Obama did not make do with his spokesman’s expression of “dismay”. He found time during a visit to China to declare on television that the Gilo plan would not make Israel safer, would make it harder to achieve peace and might “embitter the Palestinians in a way that could end up being very dangerous.”

In Ramallah, a senior Palestinian negotiator, Saeb Erekat, said the Gilo plan exacerbated the danger now hovering over the whole concept of a two-state solution to the conflict. Mr Abbas announced last month that he would not seek re-election as president of the Palestinian Authority—the vote is due in January but is likely to be postponed—because of his frustration over the stalled peace process. He refuses to resume negotiations with Israel without a total freeze of settlement building both in the West Bank and East Jerusalem.

This was the original position of Mr Obama’s administration, too. Mr Netanyahu consistently rejected any freeze in East Jerusalem, which Israel unilaterally annexed in 1967, but agreed to reduce building elsewhere in the settlements.

Recently, the administration appeared to soften its stance. Hillary Clinton, the secretary of state, praised Mr Netanyahu for the “unprecedented” restraint he was prepared to exercise. This outraged and appalled the Palestinians and triggered Mr Abbas’s resignation threat.

Gilo, in the south-east, is one of a ring of Jewish suburbs that Israel began building in the 1970s. Its 40,000 inhabitants, many of them first- and second-generation immigrants from the former Soviet Union, have no sense of being “settlers” nor is there any of the gun-toting, frontier-like atmosphere of the farther-flung West Bank settlements in its staid, rather drab suburban streets.

Ministers say the new friction over settlement building is doubly annoying because the new Gilo project will take years to get started and because, in practice, Mr Netanyahu's government has drastically slowed building in the settlements.

Mr Netanyahu is said to be contemplating announcing a formal ten-month freeze on settlement building—although excluding Jerusalem and “natural growth” in the settlements—as a way of kick-starting the peace talks or at least placating the Americans. Yossi Beilin, a prominent dove and one of the original architects of the Oslo peace plan, disclosed the scheme on Wednesday November 18th and Mr Netanyahu’s people did not deny it. Mr Beilin gave warning, though, that the Palestinians would reject it and that this impasse could quickly result in the collapse of the Palestinian Authority.

Other observers were inclined to agree. A ten-month freeze, with a half-endorsement from Washington, might have been seen as substantial progress, before the latest flare-up. Now, as bad luck would have it, even that faint prospect has dimmed.

Sorry, assholes, but I told you before...

No use for complaining...

It's fun to see worms and scumbags like you screaming against something you don't understand...

No mercy to the stupids...lets kick their fucking asses...

a little coment about the text...

Again, the Israel government makes a movement that increases the tension...

Another settlement is growing up, at Gilo, but the prime minister Netenyahu says that he didn't know about it, and pushes the responsability over the local comitee...

It's hard to believe, that local citizens would take this kind of decision(built a nine hundred homes), and Netanyahu was "in the dark" about it...

The american efforts are over, and the palestinian confidence in peaceful negotiation either...

Each day, the chance of a two independents states solution is weaker...